Hospices: 3 Tips on Better Management of Opioid use in Palliative Patients 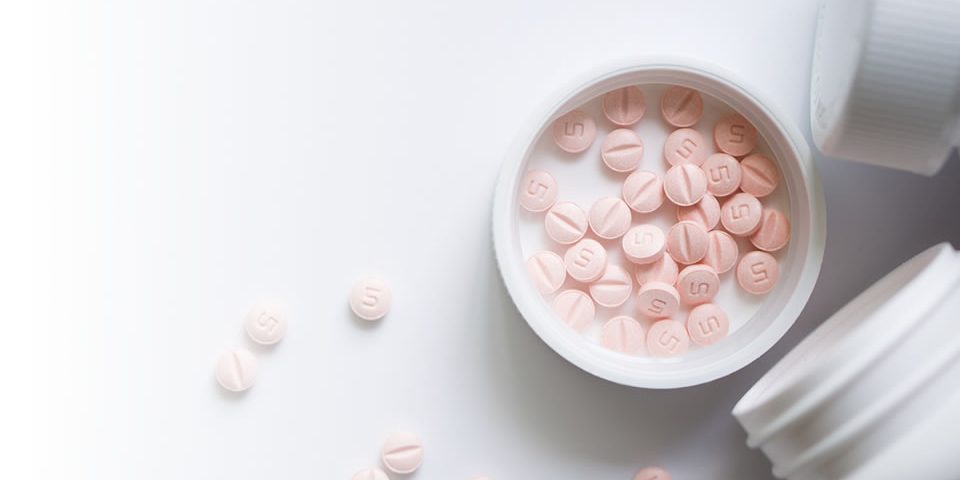 One way pharmacy can keep hospice patients, family members, and caregivers satisfied is by making sure standing orders such as medication refills are delivered on a monthly basis and on-time. In many instances I see patients and caregivers calling the pharmacy to request refills for meds that should have been sent over a week ago. This includes treatments for blood pressure, diabetes, and seizures; medications patients need on a daily basis to have control over comorbidities, including both primary and secondary diagnoses. We understand it is difficult for hospice workers and nurses to keep track of all their patient’s medications, which is why we have created a new strategy to tackle this on, the Auto-Fills Program.

Short for Automatic Refills, Auto-Fills insures patients will automatically receive their medications on-time every month, without the hassle of hospice having to fulfill this responsibility. All the hospice needs to do is contact the pharmacy for any changes that are made to the patient’s therapy and of course in the unfortunate event when a patient passes away. Ultimately, Auto-Fills save time/money and, most importantly, improve patient care.

Major inefficiencies are tied into nurses calling caregivers or pharmacy to make sure when a patient’s medication is due for a refill or having to pay visits to a patient’s home just to count how many tablets they have left of Aspirin. Wasting time = wasting money!

Preparing and sending refill orders via fax, or email is also a waste of time for hospice and resources could be allocated elsewhere! Calling-in refills that are past due to be delivered STAT leads to multiple deliveries going to the same address on the same day and causes inconvenience for the patient and caregivers. Auto-Fills eliminate this never-ending cycle by insuring the job gets done in a timely manner. Hospices end up doing a lot less work and deliveries become much more organized. We don’t want the burden to fall on you, so let it fall on us at the pharmacy, it’s our job!

Take for example patient John Doe (Not a real patient). Mr. Doe has End Stage Congestive Heart Failure with chronic symptoms of cough, shortness of breath, edema, tachycardia, and nausea. We had last filled a 1-month supply for him 38 days ago, Mr. Doe has been out of meds for over a week! His son calls the pharmacy Saturday night at 9:00PM (3 hours after we close for Saturdays) and is routed to the on-call Pharmacist. He starts having a heated conversation with the pharmacist: “Why haven’t you sent over my father’s meds? Don’t you know he can die without them? He’s having difficulty breathing, his heart rate is above 100, and he’s extremely agitated!” The pharmacist replies, “I’m so sorry to hear that! I will contact the hospice right away for them to authorize the refills for Mr. Doe.” The pharmacist quickly contacts the hospice and the on-call nurse picks up. The nurse authorizes the refills and a fee of $100 dollars for the after-hours service charge. The pharmacist rushes to the pharmacy and prepares the order for delivery. The driver comes to pick up the medication and, within 20 minutes, he delivers it to Mr. Doe’s home. As he approaches the door, he can hear crying from the inside; as the door is already open, he knocks once and lets himself in. There he sees Mr. Doe lying on the bed and his son in tears, unable to speak from shock. The son finally finds the strength to get up; he turns his head, with bloodshot eyes staring directly into the driver’s eyes and says: “You’re too late, he’s already gone…We don’t need those anymore.” The driver comes back to the pharmacy, drops off the medications and makes a note of what had happened.

What if having the medications there prior to the incident would have saved John Doe? What if they could have lengthened his life by another month, a week, or even just a day? No monetary value can come close to having to spend one last day with a loved one, it’s priceless! In the case of Mr. Doe, Auto-Fills could have lengthened his lifespan and at the very least kept his family from putting the blame on the hospice and/or pharmacy for why he had passed.

Here are the two steps I recommend all hospice agencies take NOW to reduce cost and improve patient care: 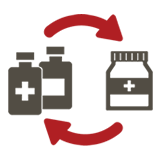 Enroll all patients in Auto-Fill Programs

A large number of hospice-covered medications are there for comfort while others are there for maintenance and control of comorbidities. This is where adherence comes into play; taking medications on-time and on a daily basis may improve patient outcomes. 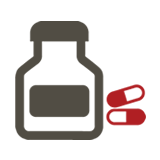 Let’s get down to the math of the differences in cost between 15-day versus 30-day supply. Trust me when I say this, you will almost always save money by going with 30-day supply. Ordering a 15-day supply = you are almost paying double per month, so stop!

Experience the difference
at PharmaCare

We strive to have the best customer service by providing: